In 1839 Fr Thomas Doyle bought part of St. George’s Fields, a site owned by the City of London, and engaged Augustus Welby Northmore Pugin as architect to design a new church.

AWN Pugin was the leader of the Gothic Revival, he is best known for his decorative work on the Houses of Parliament. The funds available did not match his first ambitious plans, and he was forced to compromise his design. The money for the upper part of the tower and a spire was never found. However the building was still very impressive and seated 3000 people.

St. George’s was opened on 4 July 1848 by Bishop (later Cardinal) Wiseman. Pope Pius IX restored the Catholic Hierarchy of England and Wales in 1850 and on 21 April 1852 St. George’s officially became the Cathedral church of the new Diocese of Southwark.

On the night of 16 April 1941, the Cathedral was hit by an incendiary bomb, starting a fire which destroyed the wooden roof and much else. The adjoining Amigo Hall temporarily became the pro-cathedral.

The new Cathedral was designed by Romilly Craze and rebuilding began in 1953, with the help of generous donations from Ireland and the USA which augmented War Damage Commission funds.

In the new Cathedral, Craze attempted to blend an Arts & Crafts/Gothic Revival style with surviving elements of the pre-war building. The two chantries and the Blessed Sacrament Chapel are the most notable survivors. Once again, there was no money for the upper part of the tower and a spire. The addition of the clerestory introduced light, air and a grandeur previously lacking.

The different types of Gothic used in the building were an attempt to suggest age, as in ancient cathedrals built over different time periods. The Baptistery was inspired by Perpendicular, whilst the Day Chapel has a Tudor-derived pattern.

The 1950s Window above the West Door depicts the Coronation of Mary as Queen of Heaven and are by Harry Clarke Studios of Dublin. 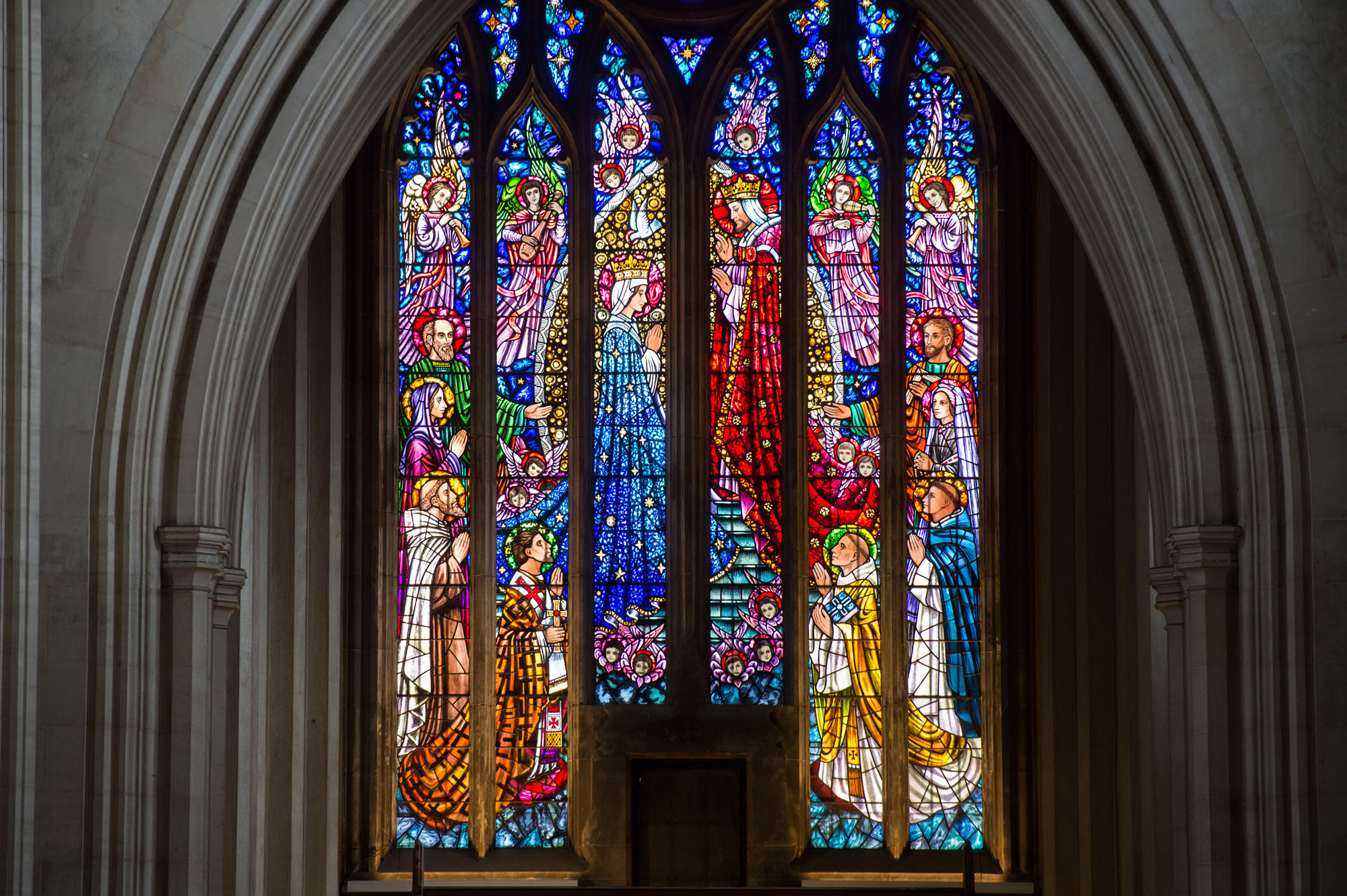 The Baptistery is the newest part of the cathedral, completed in 1966, and has steps down symbolising the early practice of total immersion in a river. The window in the Baptistery represents the Resurrection and is also by the Harry Clarke Studios.

The newest addition to the Cathedral is the Romero Cross & Memorial which was installed in 2013. Archbishop Oscar Romero was assassinated in San Salvador in 1980 as he said Mass. The cross is by Fernando Llort. 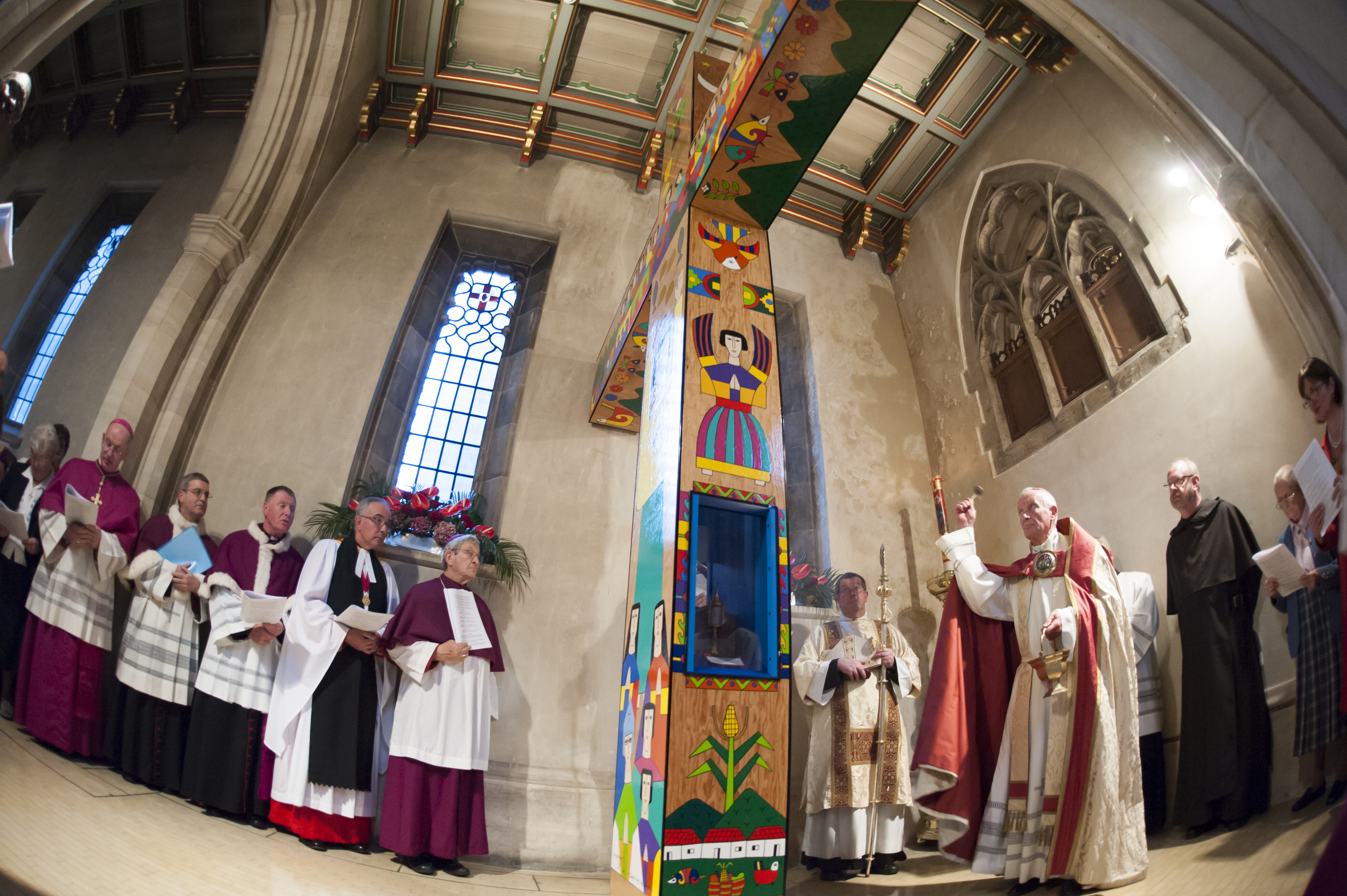 In St. Patrick’s Chapel a plaque commemorates Terence MacSwiney, Lord Mayor of Cork and Irish Republican. He died in Brixton Prison in 1920 after a hunger strike. Against the Government’s wishes, he was given a Requiem Mass in St. George’s. 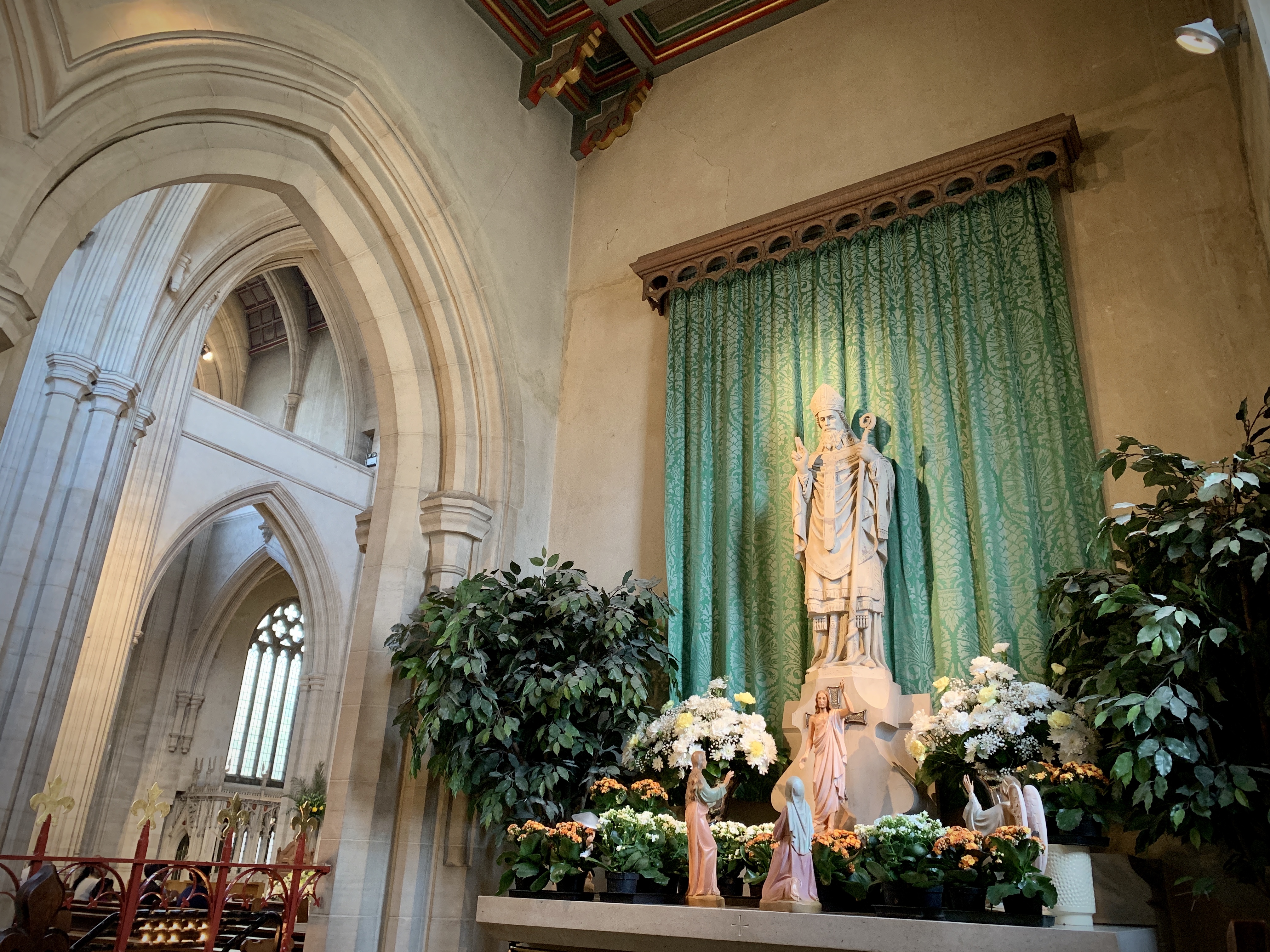 The Day Chapel was completed in 1963 and includes the Lady Chapel. The badges in the windows represent the titles of Our Lady. The small statue of Virgin and Child is Flemish c. 1725 and by virtue of a brief issued by the Holy See is known as Our Lady of St. George’s. 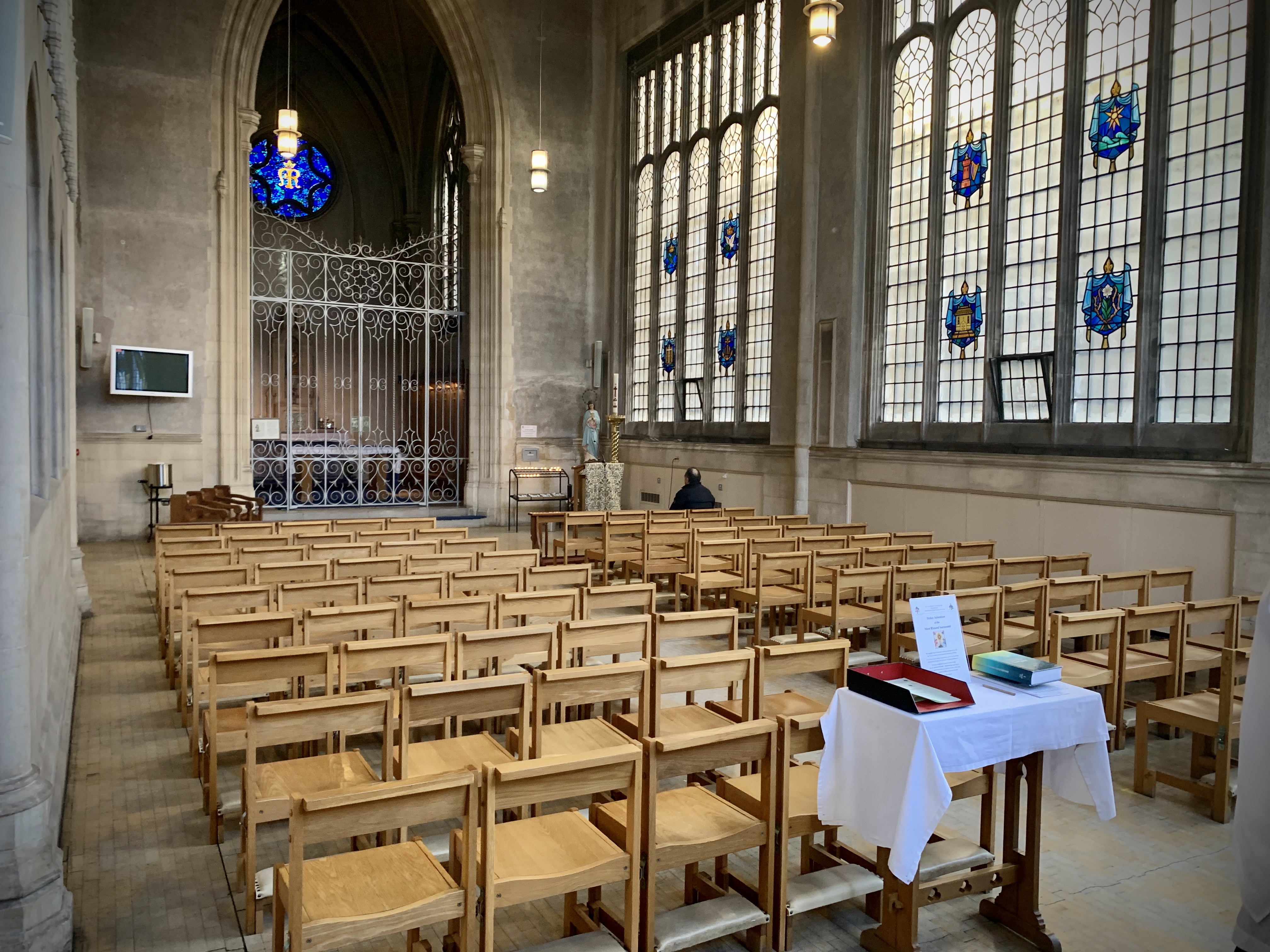 The Sanctuary  was re-ordered in 1989 by the architect Austin Winkley. It was designed to emphasize the focal points of the Liturgy: the ambo (lectern), the altar and the cathedra (Bishop’s chair). Buried in the vault beneath are priests and bishops who served in the London Rd. Chapel or the Cathedral: their names are on the wall tablet to the right. Emblems on the ceiling represent the Christian life, the Sacraments, and Saints. 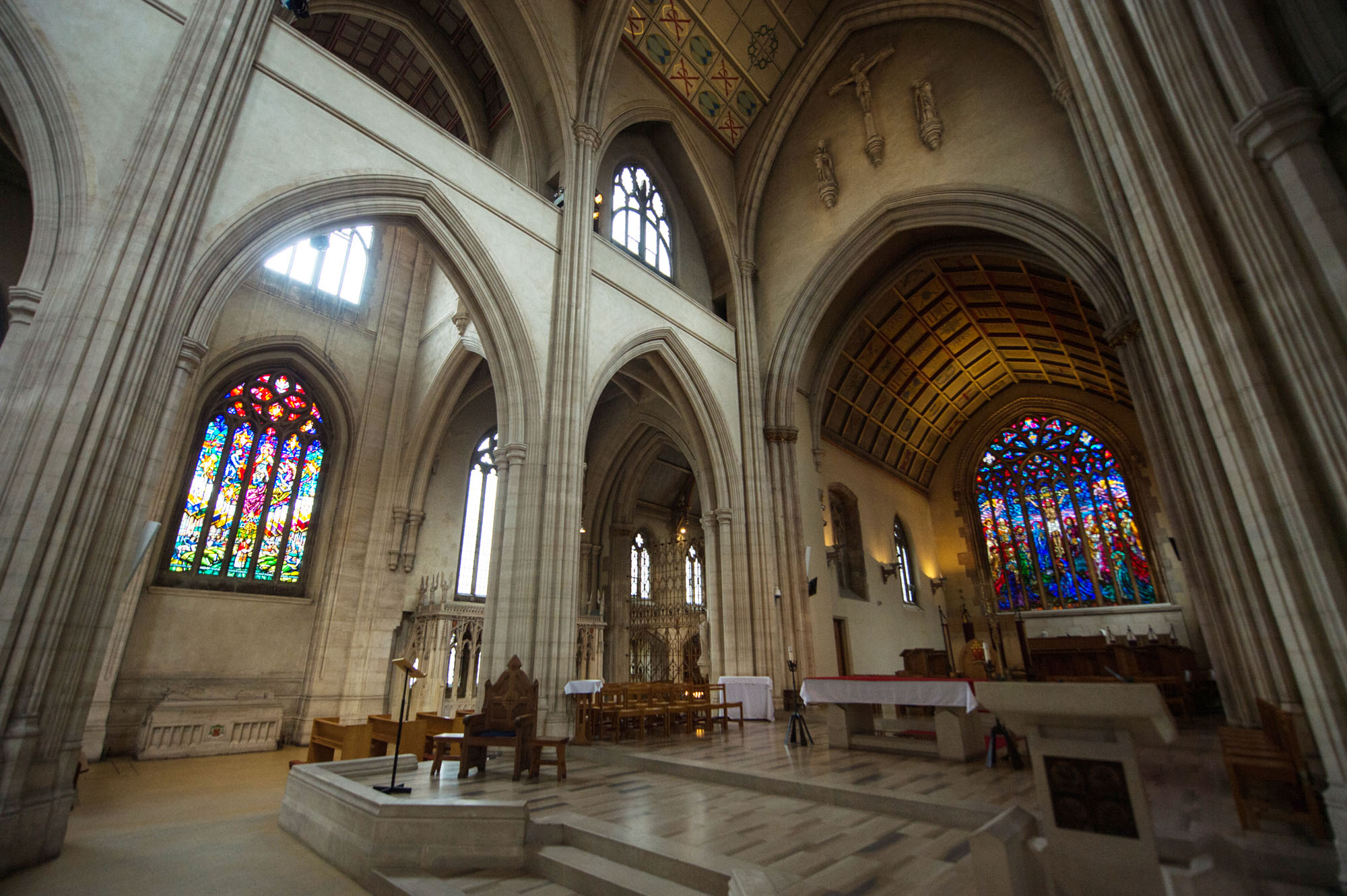 The East Window behind the Sanctuary depicts the crucifixion and saints relevant to the history of the Church in England and Wales. As with the West Window the glass is by Harry Clarke Studios. The stone tracery is Pugin’s original.

The  Blessed Sacrament Chapel is one of teh few surviving parts of the original church and dates from 1848. The altar, reredos, encaustic floor tiles and wrought iron gates are the original, all to Pugin’s design. The tiles were made by Herbert Minton of Stoke and the gates by John Hardman of Birmingham. Originally the effect was far richer, with decoration on every surface, red ceiling panels and stained glass windows. The ever burning lamp indicates the continuing presence of the reserved Sacrament in the tabernacle.

Above the memorial to Archbishop Amigo is a window commemorating the visit by 2 Pope John Paul II in 1982 and celebrated a Liturgy for the Sick. The window is by Goddard & Gibbs. 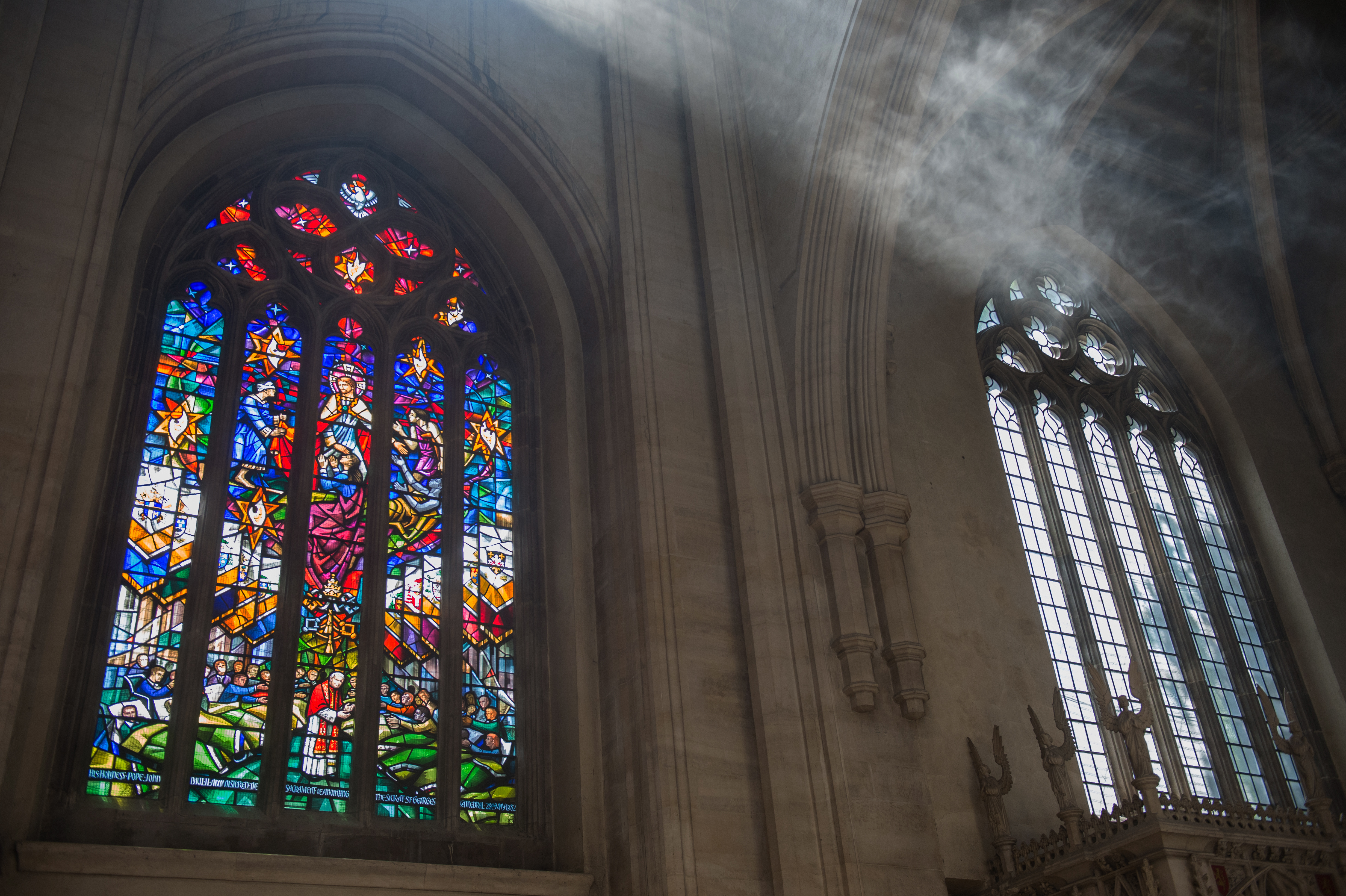 To the left of the Amigo Memorial is a memorial to Provost Thomas Doyle from the founder of the Cathedral. His feet rest on a charming dragon. Memorial made by Farmer & Brindley and dates from 1882.

To the left of the Doyle Memorial is a Shrine to St. Frances Cabrini, patron saint of migrants and the first canonised saint of USA. She created a world-wide network of schools, orphanages, hospitals and social centres and founded the Missionary Sisters of the Sacred Heart. It was designed by the Gillick brothers in 2010. 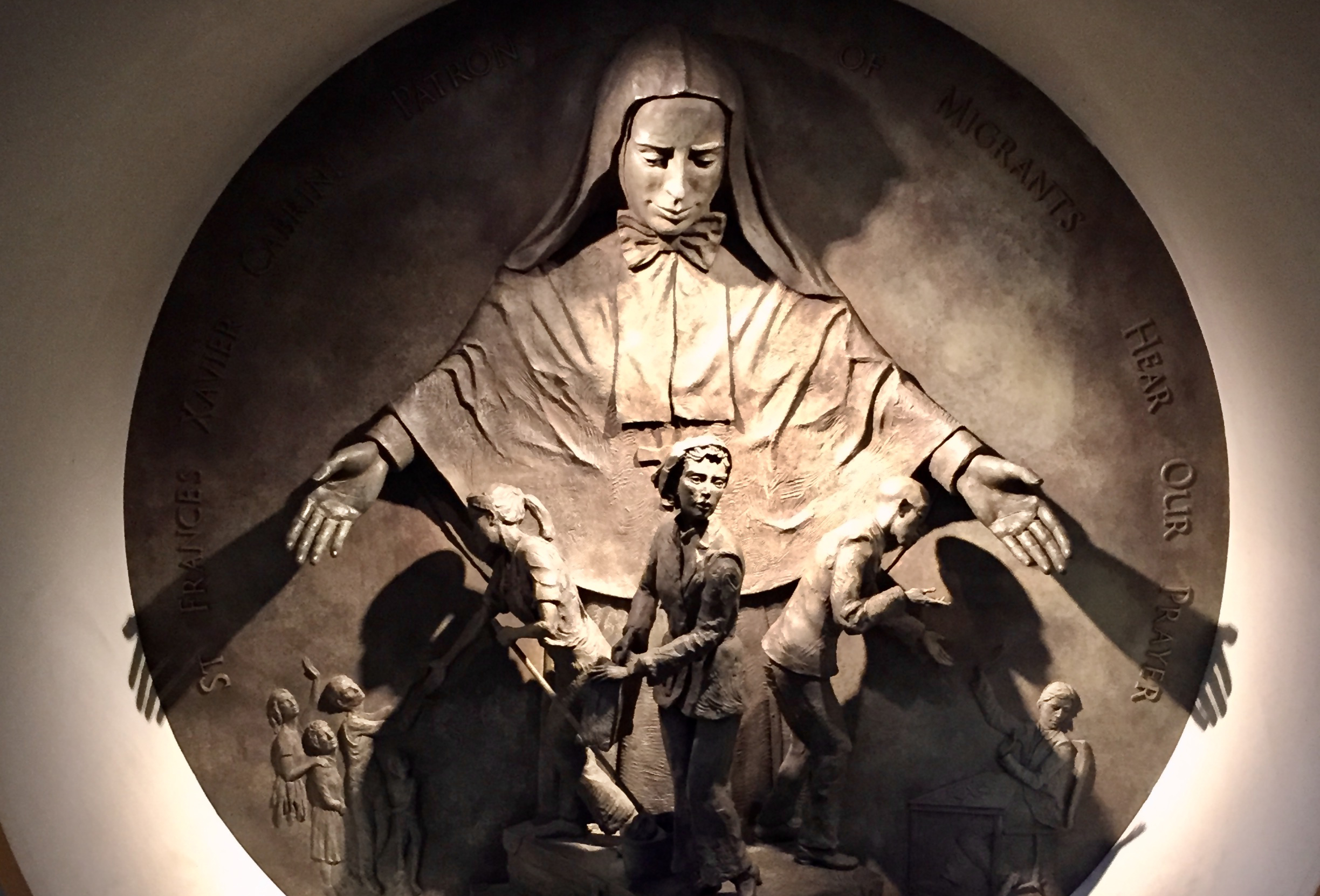 The Stations of the Cross around the walls date from the rebuilding and are by Harry J. Youngman. 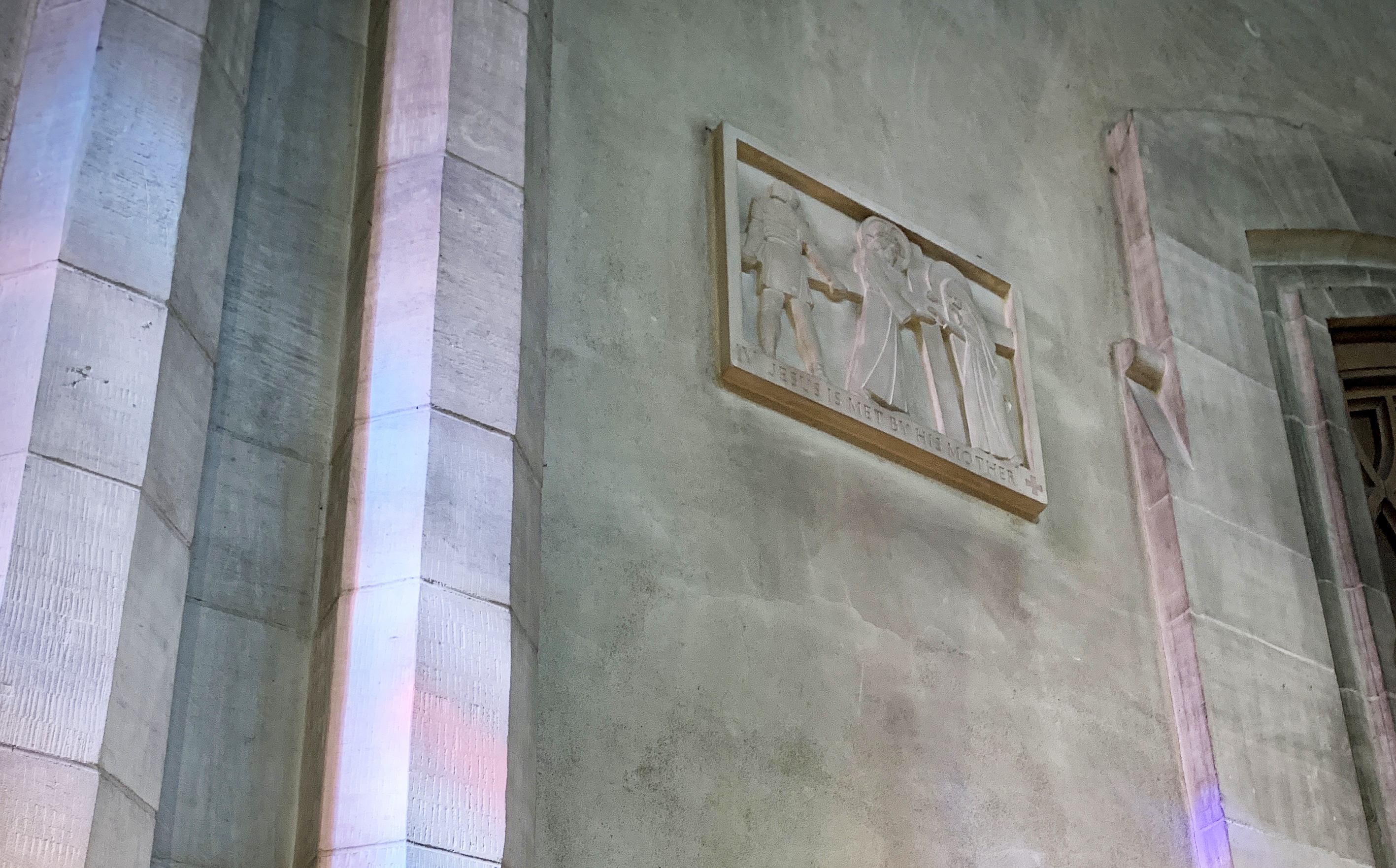